New York City is the first destination that millions of people think of when they think of living the American Dream. It might be difficult to choose the ideal area in Manhattan. But, our experts from 10 Top Movers consulted some of the biggest foodies they know and came up with this list. This is our foodie’s guide to the best Manhattan neighborhoods!

The criteria are simple, where is the best food. This list is in no particular order, it depends on what you like better. Now, let’s see where you can eat the best:

Midtown is one of the busiest areas in the city. This area is teeming with tourists and is home to prominent attractions like the Empire State Building and Times Square. As a result, it is ideal for those who enjoy crowds and bright lights, Midtown is ideal. It’s packed on New Year’s Eve as people wait for the ball to drop. You’ll never be bored at Times Square since company owners are required to show lit signage.

Midtown Manhattan is filled with small hidden restaurants, that will fit everyone’s taste. From amazing burgers and hotdogs to Michelin Star restaurants, Midtown has it all. It will require some exploring, but we are sure that you will find your dream food in Midtown! If you decide on moving to Midtown, make sure to get yourself a reputable moving company like benhur.com to help you. That way you will be enjoying the Midtown restaurants much more quickly.

SoHo, home to the famed retail strip Broadway, is among the hottest and most expensive areas in the city. Several high-end restaurants and boutiques cater to both the local and international elite. SoHo is home to several of New York City’s top boutique stores, as well as some of the city’s nicest hotels. When you first arrive in SoHo, it might be difficult to gain your bearings because the district does not follow typical street-naming conventions. There’s always something interesting to find, but you can also rely on navigation applications.

Because it is home to the top hotels, there are many famous restaurants alongside them. This area is more focused on fine dining rather than ethnic food and street food. Yes, you will find some fancy sushi restaurants, but it will be a bit more expensive than the rest of the city. If you are moving to SoHo from another NYC area, make sure to be prepared. Moving to NYC requires some skill and knowledge that you should not ignore!

After the expensive (but tasty) SoHo, we will take a trip to the East Village. This is one of the city’s most artistic neighborhoods in the East Village. It was a haven for struggling artists and writers in the 1950s due to its low cost. It is now brimming with coffee shops, ethnic eateries, and retail outlets. The East Village is distinguished from other neighborhoods by its large immigrant population. 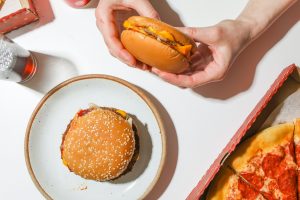 If you’re looking for more affordable, classic American dining, East Village might be for you.

Historically, blue-collar and lower-working-class people made up the majority of the population. It’s now overrun with NYU, Pratt, and The New School students, as well as a lot of twenty-somethings. As a result, most eateries in the area are fairly cheap.

Chinatown is one of New York City’s most popular tourist destinations. If you enjoy crowds, Chinatown is the place for you! Due to the numerous street markets and secret late-night pubs, it is not an ideal area to reside, although the rent can be reasonably priced. It features a diverse range of ethnic restaurants, including Vietnamese eateries where you may get seafood or a huge bowl of noodle soup. Aside from dining and shopping, Chinatown is home to a few galleries including the Museum of Chinese Art.

Moving to Chinatown has become a very popular thing among foodies. In recent years, many moving companies started doing business in the area, so moving there has never been easier. It is very helpful to know that experts from the area can help and that you can rely on them. If you prefer, you can also DIY the move, but that will require a lot more work and patience.

The West Village, located near Greenwich Village, is one of the best Manhattan neighborhoods to go for a stroll and catch up with friends. Cafés, booksellers, and vintage clothes stores abound. The West Village is difficult to locate an affordable location to stay in due to its beautiful nature. Even if you don’t live here, this is a neighborhood worth visiting. Take a trip along the street to observe the gorgeous brownstones that line the street. You should also visit one of the numerous old-fashioned eateries, such as the Waverly on 6th and Waverly. 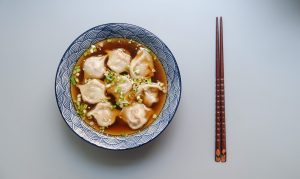 Visit Chinatown is one of the best Manhattan neighborhoods to try the most authentic Chinese food Manhattan has to offer.

By its name, Hell’s Kitchen may appear to be a hostile neighbor, however, this is not the case. It’s a pretty enjoyable area, according to the majority of the residents. It features a thriving theater and restaurant scene. There are many great restaurants there fitting its name! Although Hell’s Kitchen has been renamed Clinton, most New Yorkers have yet to adjust to the new moniker.

Many Broadway and off-Broadway theaters may be found in Hell’s Kitchen. Bryant Park, the neighborhood’s greenery, has an ice skating rink in the winter and free movie screenings in the summer. You’re not far from Times Square’s craziness, but it’s a tad quieter here. Hell’s Kitchen has become extremely popular among single people. So, if you are single and want to move to NYC you should consider this neighborhood.

The Lower East Side (LES) offers several reasonably priced apartments. It’s not the most beautiful section of town, but it’s a vibrant location with much to do. Chinatown and Little Italy are directly next door, which means wonderful real international cuisine is just a short walk away. Throughout the neighborhood, there are several museums and galleries. The LES is known for its nightlife, with numerous clubs, pubs, and late-night eateries remaining open until the wee hours of the morning.

Wherever you choose to move to Manhattan, the food won’t disappoint you. These are the best Manhattan neighborhoods only according to our opinion. So, make sure to do your research and find what fits you and your personal preferences the best!