Upper West Side is often labeled as one of the best places to live in New York City. It’s located between West 59th Street, West 110th Street, Central Park, and the Hudson River. It has that dense urban feel, a lot of great bars, restaurants, amazing coffee shops, and parks. Upper West Side is also considered one of the wealthiest NYC neighborhoods – not only financially, but culturally too.

5 interesting facts about Upper West Side

Also known as one of the safest and most stable neighborhoods in the city (even though it’s not a gated community), Upper West Side is definitely an amazing neighborhood. Here are 5 interesting facts about Upper West Side that even locals may not know. 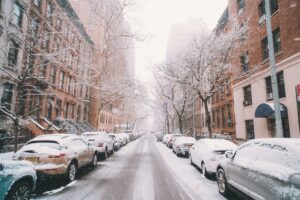 Did you know that, before Colombia came to exist, that very site was a former asylum? Known as The Bloomingdale Insane Asylum, it was running from 1821 to 1892. This was one of the first asylum facilities in the entire state. Columbia acquired this property in 1892. They even used some of the asylum’s buildings shortly, but today all that remains of the Bloomingdale asylum is Buell Hall. This Hall was once a place for treating the wealthy male patients, but today, it serves as the home of the French cultural house.

Upper West Side is so photogenic! A lot of moviemakers decide to use it as a set for their movies. Not only movies but TV shows too. Based on a movie you watch, you even get a chance to see how much it has changed over the years! Even though New York is an entirely beautiful city, Upper West Side still remains the first choice when shooting an NYC movie. Nothing can replace that cinematic appeal UWS has. You’ve probably already watched a lot of movies shot here. Some of them include Ghostbusters, Little Manhattan, Fatal Attraction and You’ve Got Mail.

#3 You can spend The Night At The Museum

“The Night at the Museum” was a very successful movie, starring Ben Stiller. Spending a night at the museum is such an interesting and fun concept for a movie – but did you know you can do it too? Since December 2014, the American Museum of Natural History has been organizing sleepovers that include fossil fact-finding missions by flashlight and night snacks and light breakfasts. They also include special presentations and a chance to sleep in the Hall of Ocean Life. And the best thing of all – you have permission to roam the museum on your own! However, you have to bring your own items for a sleepover. You should bring a sleeping bag, pillow, toiletries and comfortable clothes to sleep in. 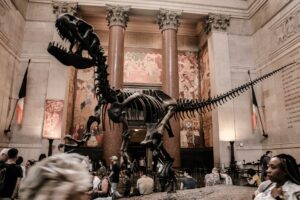 Spending a night at the museum is such an interesting and fun experience!

#4 Central Park in Upper West Side is bigger than Monaco

The Upper West Side is known for its breathtaking buildings and apartment blocks, including the Beresford, Ansonia, Dakota, San Remo, and El Dorado. Both Beresford located at 211 Central Park West and San Remo located at 145 Central Park West are well known. But, around the 1940s, during the Great Depression, these buildings were not so popular. They even had problems finding reliable owners. These two buildings were sold away in one package for just $25,000! Can you believe it? 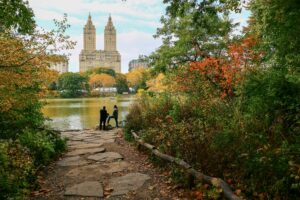 Once upon a time, the so famous building San Remo went into bankruptcy.

Planning is everything. You have to make sure to plan every stage of the move in order to make your relocation much easier. Moving can be overwhelming and exhausting but in order to avoid that we suggest hiring professional movers to help you out. Besides moving, they offer other services too and they can make this a less burdening experience for you. Make sure to do your research and find good professional movers like Heart Moving, NYC as this will make your relocation a great and stress-free experience.

Speaking of hiring professional movers, we truly believe this is the best way to make your relocation stress-free. They can do this quickly and you will have nothing to worry about. You already have enough things to think about. If you are having any doubts, you can always ask them to explain how everything works. This is a good way to plan your budget and organize your move.

Moving out takes time and a lot of preparation. Before you even start packing, it would be good to reconsider if you really need and use all of the items in your possession. Relocation is always a good opportunity for you to get rid of the things you no longer use or need. After decluttering comes packing. A lot of people don’t take this step seriously even though you should handle this task carefully. The risk of damage and a lot of other troubles that follow can be avoided if you choose to settle in with experts’ assistance.

Packing properly is very important. First, you need to acquire good quality boxes. You’ll need box dividers for the breakable items too. Bubble pack is also one of the best choices to keep your breakable items safe and sound. Of course, if you have some old towels you no longer use, this also a good alternative to protect your items. When packing boxes make sure to pack them almost full and keep similar things together. Also, don’t forget to label them!

Moving day can be chaotic because there is a lot of things to think about. However, if you take our advice when it comes to relocation, we are pretty sure you’ll do just fine. From packing your last things to organizing the entire transportation of your household items, furniture, and your family, you should be focused and rested. Stay safe and good luck!